Tips To Prepare For Your Next Water Park Tour

Czech Republic: End of sending inventories of receivables from ČSSZ

Every year I make new year’s resolutions – but I can’t recall ever sticking to even one for more than a few weeks – and I would wager that many of our readers make similar resolutions with very few actually sticking to them!

Resolutions are steeped in history

Whilst our vows for 2022 may be a response to our over-indulgences during the Christmas break, the tradition of New Year’s resolutions significantly pre-dates the Christian festival, with the Babylonians being the first to leave records of new year festivities some 4,000 years ago. Their new year was at a different time from ours, being linked to agricultural seasons and resulting in a 12 day festival around the spring equinox, to celebrate the renewal of life. The superstitious Babylonians would seek to appease the gods by promising to repay their debts and to return borrowed objects.

Similarly, the ancient Egyptians would make sacrifices to Hapi, the god of the Nile, at the beginning of their year in July, coinciding with the Nile’s annual flood, bringing renewed fertility to the land. The Romans continued in a similar vein but starting in March, around the spring equinox. However, the pagan new-year festivities involving the worship of Janus were offensive to Christians and in medieval times the new year celebrations were moved towards Christmas and the new calendar year. Prayers and confessions were made to comply with strict religious values. At the end of Christmas feasts, some knights were said to have taken an oath known as “The Vow of the Peacock” in which they placed their hands on a noble peacock in order to renew their commitment to chivalry. This moral flavour persisted and developed, although by the time the phrase “New Year resolutions” first appeared in a Boston newspaper in 1813, the pledges were losing their religious overtones. However, the making of resolutions has remained a tradition with, according to polls, around half of the UK population making them – but - less than 10% are said to keep them!

It’s interesting, and not surprising, to see what heads the list for the 50%. According to Statista the top 10 resolutions are:

I can empathise with many of those, and have failed miserably on the first two on a regular basis, but it was number three on the list which got me thinking about financial resolutions, prompting me to suggest some Financial New Year’s Resolutions for our readers.

I have concentrated on personal finances and, of course, although my suggestions won’t apply to everyone, some may apply to you, whether you’re burdened with a mountain of debt or are a multi-millionaire. Depending on your financial circumstances, here are some resolutions you may like to consider:

1. Do a month’s money challenge

If you would like to be more financially prudent then start by applying a tough discipline:

It may sound tough and miserable but at the end of the month you may be surprised that you have savings and a surplus.

2. Pay off your credit card debt

I was shocked recently to hear a card advert openly stating a rate of 99.9% APR. I can’t remember the name of the card involved, clearly seeking to capitalise on the poorest, least educated members of society but even big, respectable companies can charge what many would in other circumstances view as usurious rates. A quick Google showed Origin at 32.9%, the widely advertised Ocean Finance at 34.9% and Aqua at 32.9%. Even the more well known brands such as Barclaycard, M&S and HSBC are showing 22.9%, 21.9% and 20.9% respectively with the Bank of England indicating an average of 21.49%.

There really is no excuse for rates on cards to be at the highest levels for two decades when interest rates are so low – in October 2001 the average card rate was 18.1% at a time when interest rates were 45x higher at 4.5% (at the time of writing). Up to 75% of adults carry card debt forward from one month to the next with the £58bn card debt amounting to £3,080 per household – no wonder the card companies are rubbing their hands in glee!

So, part of your plan could be to get rid of toxic credit card debt. There are lots of ways: switch to a card which gives 0% on new purchases and at the same time pay down the old debt. You could take a loan at a much lower rate to clear the card debt or increase your monthly repayments by a small amount to eat into the expensive borrowing.

If you’re struggling then instead of cutting what you spend to the bone why not take the alternative approach – get a second job, do some freelance work, change jobs, reorganise your investments. If there’s one thing the pandemic has taught us it’s that life is uncertain and having multiple income streams is more important than ever.

4. Make or update your will

I am regularly amazed at how many clients, some quite wealthy, who either don’t have a will or have one which is so out of date as to be hopeless. Think of the loved ones you will leave behind - if you die intestate (i.e. you have no will) then complex intestacy rules apply. And if you do have a will then I often find that clients haven’t updated their wishes for 5,10 or more years and the will is hopelessly out of step with current circumstances. For example, children grow up and are self-sufficient (well, some!), personal financial circumstances improve or deteriorate, and so on.

If you don’t have a will, or it is out of date, resolve to deal with it in January! And if you do so, consider a discretionary will which is a much more flexible approach than a fixed will and far easier to update on a regular basis – ask your lawyer (or me!) to explain more.

Life insurance is, like wills, something which folk tend to do and forget about, feeling that they’ve protected their loved ones. But circumstances change – marriage, kids, divorce, children flying the nest – but often the cover remains the same. You should regularly assess your needs and increase or decrease cover accordingly.

6. Compare the cost of your insurance

It’s so easy simply to renew – and insurance companies love lazy customers! You can often save 10%, 20% or 30% by switching, and consider combining all your insurances in one place to obtain multi-line discounts.

Well, as accountants, we would make this the final, highly important, resolution! Many individuals and companies still pay far too much tax. An annual review with our brilliant senior tax partner, Charles Green, could pay handsome dividends.

I hope that one or two of my new year resolutions may have hit the right note – my own resolution is to stop procrastinating – but not today!

If you would like to discuss your personal circumstances with a view to looking at areas where we can help, please get in touch with Malcolm Coomber on 020 8652 2450 or email mec@clarksonhyde.com 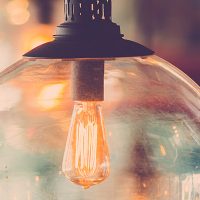